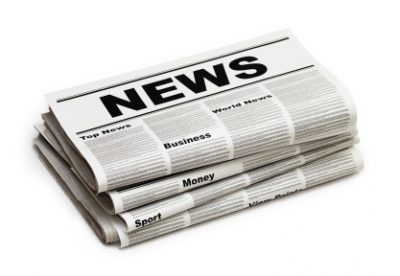 While the weather cannot really be described as the peak of summer we have had just enough sunshine and freedom from rain to enjoy the garden and to get out and about a bit. I hope you have been able to as well. The Revd Noel Beattie has kindly agreed to celebrate communion when he leads worship on Sunday August 4th.

Daphne and Stewart Rankine kindly showed us some of the paintings they have done during the last 18 months of lockdown and confinement at home. We will feature some of them in the coming weeks.
“I think I will call it ‘Going Home’ or ‘Homeward Bound’”, said Daphne of this lovely picture of an elderly woman walking her donkey bearing two large bales of straw. It was inspired by a picture she picked up in Crete many years ago. “I liked the card so much and had kept it all those years and decided I would do my own interpretation.” “The woman looks so tired, its been a hard day, they are plodding along. Its unusual to paint something going away from you rather than coming to you or going across. That helps make it interesting” The use of the light in the picture is clever. The subjects are walking into the light, so it frames them and their shadows provide a foreground which draws the eye to them. There is no clear destination giving a slight sense of mystery, and although you feel they have not got far to go, it far enough to be a bit tedious.
“It is my interpretation. I really enjoyed doing that, its one thing I really enjoyed painting in all this mayhem.”

Frances Glennie and her family would like to express their thanks to all who have sent kind wishes and sympathy on the passing of John Glennie.

We will celebrate COMMUNION this morning.

Sue Jones has taken the lead in arranging flowers for Sunday Worship. We offer her our thanks. Donations to Sue to support the cost of flowers would be appreciated.

If you are arranging events please let the Editor know and also advise David Thomas (dgt_rrc@hotmail.com) who will update the Church website.

D H Lawrence was born in a coal-mining village in Nottinghamshire, where the family attended an Independent Congregational Chapel. The spirit of non-conformity became Lawrence’s outlook on the whole of life. He trained as a teacher; but the classroom was too small for his independent spirit. He wanted to get on with ‘living life’, and this is reflected in one of his poems which contains the line “When will the bell ring, and end this boredom?”

He became a full-time writer of poetry, novels, travel books and essays. His writing was full of fresh ideas, challenging many widely held beliefs of the Victorian era. This got him into trouble with the authorities who banned two of his novels. He became disillusioned with what he called the ‘falseness of society’, and he wrote a poem called

‘Paltry Looking People’
And think how the nightingale, who is so shy,
Makes of himself a belfry of throbbing sound!
While people mince means words through their teeth.
And think how wild animals trot with splendour
Till man destroys them!
How vividly they make their assertion of life!
But how paltry, mingy and dingy and squalid people look
In their rag garments scuttling through the streets,
Or sitting stuck like automata in automobiles!
Having lost his faith in humanity, Lawrence turned to Nature, and wrote some of his best poetry in a
collection called ‘Birds, Beasts and Flowers’. It was said of him that “he seemed to know by personal experience,
what it was like to be a tree or a daisy or a wave breaking on the shore.” Religion also came under his critical
appraisal, but he never lost his faith in God:-
All that matters is to be at one with the living God,
To be a creature in the house of the God of Life.
Like a cat sleeping on a chair
At peace, in peace;
And at one with the master of the house, with the mistress;
At home, before the fire of life,
Feeling the presence of the living God,
Like a great reassurance,
A deep calm in the heart,
In the house of life